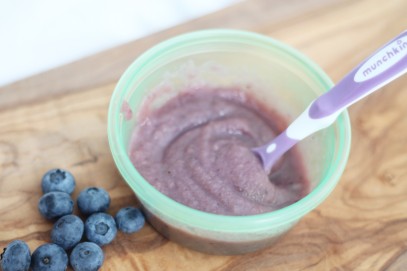 Braxton is 9 months now so he’s eating a lot more ‘solid’ food but he also loves these sort of things for breakfast so I still make them. You can give these purees from the beginning of weaning – although I am a strong believer in waiting until 6 months before introducing solids as it reduces chances of allergies or autoimmune diseases by giving the gut time to mature before introducing anything new.

This is super sweet and delicious and the vanilla gives it such a yummy flavour. It’s one of Braxton’s favourites! The blueberries are a great source of antioxidant so try giving them a few times a week when they are in season.

Peel, core and chop the apple and pear and wash the blueberries.

Put them in a saucepan with the almond milk and open up the vanilla pod and scrape out the seeds, or add the vanilla bean paste.

Simmer on a medium heat until soft – around 8-10 minutes, then put in the blender and serve once it’s cool enough. 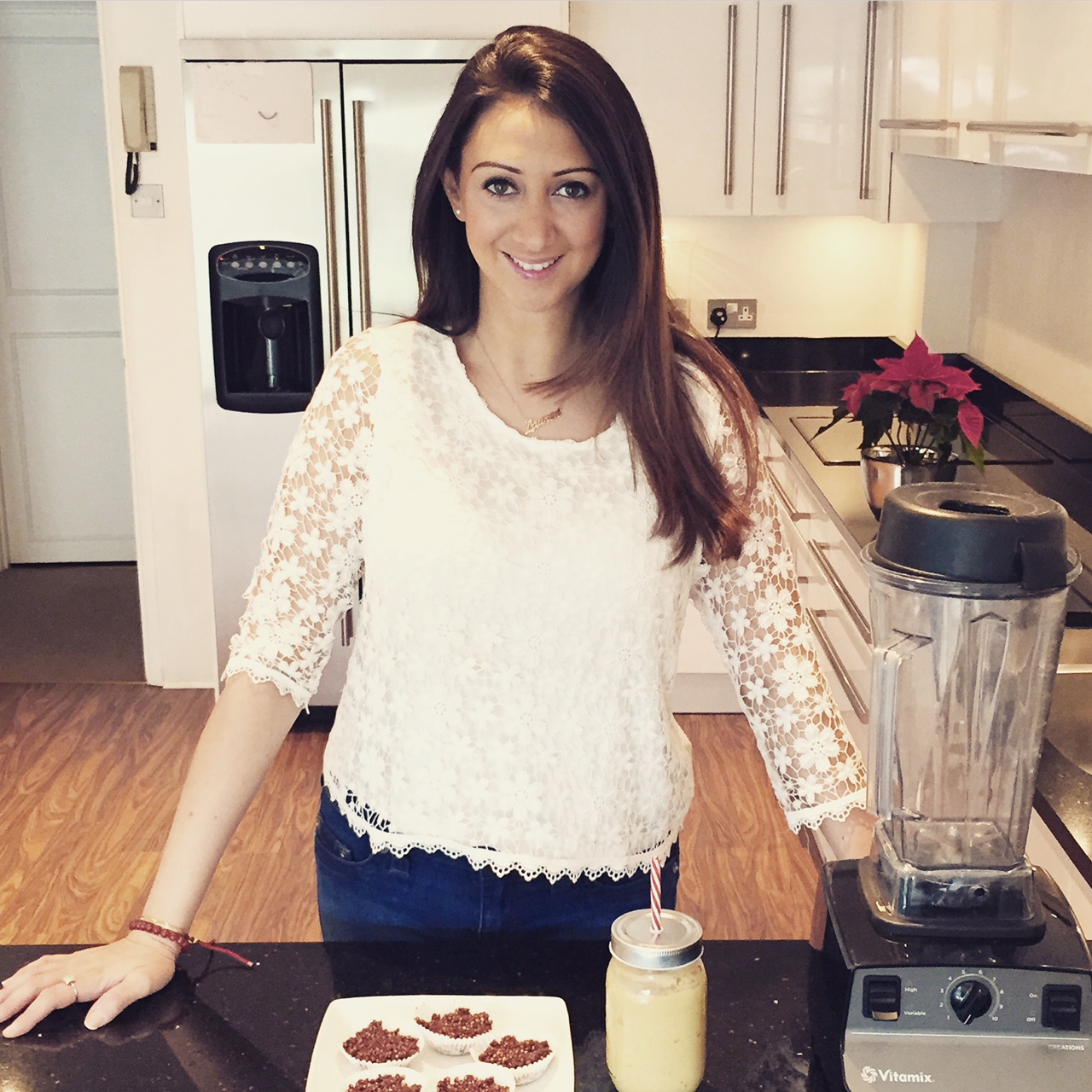